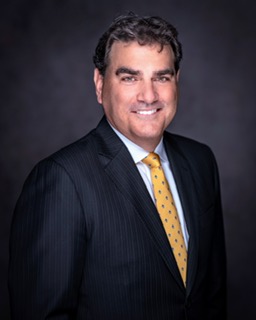 John Habib epitomized the best in what a Colgate University graduate should be.  He was intelligent, caring and above all, sought to help his fellow women and men.  He spent his life in service to that idea.  In furtherance of that legacy, the John L. Habib Memorial Scholarship for International Studies will assist worthy Colgate students in achieving their academic goals.

During his years at Colgate and beyond, John Habib epitomized the benefits of a liberal arts education generally, and of a Colgate education in particular.  Academically, John was passionate about international affairs, political science, ethics and world peace. He majored in International Relations and Political Science and participated in the Geneva Study Group and in a Washington, DC political science January term, each of which further fueled his passion for international relations. Outside the classroom, he was a lifelong athlete and played varsity baseball at Colgate and was president of the Alpha Tau Omega fraternity and a participant in the Big Brother-Big Sister program throughout college.

After college, John attended Emory Law School and was Editor-in-Chief of the Emory International Law Review.  Following law school, he had a varied career that, at various times, involved practicing law in Washington, DC and Phoenix, AZ; acting as general counsel and then president of a consumer products company; and establishing his own law firm in Abu Dhabi. He took leadership roles in a number of international trade organizations and chambers of commerce promoting trade in the MENA region.

After many years living in the Middle East and meeting and marrying his wife and legal partner, Tanya, he returned to his home town of Croton on Hudson, NY, where they opened yet another law practice. But John’s need to do service led him to create the Croton Business Council, to support the Village’s business community and eventually to run for elective office in Croton as a Trustee. John was very proud to serve the village where he had grown up and used every opportunity to leave his mark on the broader Hudson Valley area of NY, a place near and dear to his heart no matter where his travels took him.

This of course is only a small fraction of who John was as a person. He never lost sight of the fact that he was, first and foremost, a husband, a son, brother and nephew, as well as a father to his foster son, Shadi, whom he helped support through a series of medical treatments when Shadi was young and then made possible a college education for Shadi in the United States. John valued human connection and cared deeply about people, not just those he knew but also all those he hadn’t gotten to know yet. Not surprisingly, he had countless friends around the globe spanning all phases of his life. When he spoke with you, he made you feel like you were the center of the universe.

Above all else, John loved life, deeply and sincerely, and invariably had a smile on his face and something positive to say.  While John left us too soon, we can think of nothing better than to have his spirit carry on through a scholarship that honors his memory and legacy.

The John L. Habib ’85 Memorial Fund has been created at Colgate University, John’s alma mater.  Between March and June 2021, friends, family and business associates of John’s have raised over $100,000 to establish an endowed scholarship in his memory.  Endowed scholarships at Colgate exist in perpetuity and provide grant aid for students with financial need.  The scholarship will be in place for the academic year beginning September 2021.

While we have reached our initial goal of raising $100,000, donations to the scholarship fund are still welcome as it will allow the scholarship to be even more generous to a student in financial need.